Looking for ways to make an impact? Drive real change at work? According to industry experts, here are seven ways you can innovate when it comes to contract management.

Yes, you read that correctly. Comic book contracts are when you create a contract in comic book form. And while this idea may sound fringe, this new type of contract is gaining mainstream acceptance and is even used by billion-dollar companies such as Bankwest.

The reason is rather simple: it improves contract comprehension and accessibility.

“Let’s be honest, most people don’t read contracts or find them engaging at all,” said Dr Camilla Andersen, Professor at the University of Western Australia and pioneer of Comic Book Contracting.

Dr Andersen said by delivering a contract in a visual format with only the most essential details, contract comprehension is significantly greater than if a traditional contract is used.

Organisations that have adopted this approach have experienced a significant drop in the number of contract disputes. In some cases, there have been no disputes since the adoption of comic book contracts.

“We can keep making contracts for the 0.1% of rare cases where things go wrong, or we can move to a different model about more relational, more engaging contracts,” Dr Andersen said.

Many contracts are judged in terms of money saved or money spent. However, traditional values such as community and collaboration can be brought to contracts.

According to Jennie Smeaton, Chief Operations Officer at Te Rūnanga o Toa Rangatira, this way of thinking can be especially important for organisations that want to create social value.

“The innovation we are bringing into the space is creating contracts that are values-based. When we are measuring the outcome of the contracts, it’s valued against our values or our tikanga,” Jennie said.

“This way we are able to monitor and measure it from a value proposition that has meaning to our people, and we are seeing the value that we are creating.”

Part of this approach can involve being upfront with organisational values and seeking to work with those who support them.

According to Dr Andrew Jacopino, Senior Advisor at Ngamuru Advisory, codesigning is an innovation that people should know about.

“I’ve been involved in a number of activities where we went to the market, down-selected a few and then codesigned the actual terms and conditions and the pricing structure,” he said. “We told the vendor that we’re not the smartest people in the room, tell us how to make a better outcome and let’s codify that.”

Dr Jacopino said in situations where they had used this technique as a buyer, even the vendors who were not selected thanked them for the use of such a transparent mechanism.

“These vendors said they learned from it, they knew what was happening and they didn’t feel stifled. It’s part of treating them like partners rather than suppliers.”

It’s hard to be an innovator when you’re constantly dealing with administrivia – the term for routine contract management tasks that are trivial, uninteresting and time-consuming.

By letting software deal with things like automating contract creation, approvals and management, more time is freed up to be strategic instead of simply meeting your compliance requirements.

“Tools such as VendorPanel and Nimblex take away the administrivia. All that stuff should be handled in the background so you can focus on the relationships,” Dr Jacopino said.

5. Being Okay with Failure

According to Dr Andersen, those in the legal profession – and by extension, those in contract management – are inherently risk-averse.

“We’re asked to look for problems and avoid them ahead of time. This is a problem when it comes to innovation because risk is the first thing to deal with when doing things differently”, Dr Andersen said.

But once you stop being focused on avoiding risk and more on achieving great outcomes, contracts can be quite simple. Comic book contracting is a prime example of that.

In the words of Albert Einstein, “A person who never made a mistake never tried anything new.” By becoming okay with risk and the potential for failure, new forms of success become possible.

Traditionally, only financial factors have been used to measure the success of a contract. However, by using environmental, social and governance (ESG) criteria, an organisation can transform the way it thinks about value.

“Is a three per cent reduction in price really innovation, or is it just a cost reduction activity to meet some contractual objective?” Dr Jacopino said. “Value is more than price. It’s about social benefits.”

To learn more about this concept, read our article: “Social Procurement and Our Evolving Understanding of Value”.

When an organisation tries to innovate, the software they are using can be the biggest enabler or the biggest obstacle.

“When an organisation wants to innovate, if they don’t have a flexible enough system, it will come down to a decision between either having to replace that system or not do anything. Not doing anything usually wins out, and the innovation never happens,” said Jarrod Stevens, Solutions Manager at VendorPanel.

“Most professionals want to innovate – they don’t want to stay the same or go backwards. The innovation usually happens outside of the system, and it’s the system’s job to support that change.”

“To make sure an innovation is successful, you need a system that is trying to keep pace with everything you’re doing now and will want to do in the future.”

Even with the best system in the world, Jarrod said if the system wasn’t flexible enough to support a new process, people would fall back to using the old process, even if it was manual and time-consuming.

Since user buy-in and adoption is key to the success of any innovation, making sure your software can support it is vital.

This article is an excerpt from our 45-minute panel discussion on “Contract Management: Today's Innovations and the People Behind Them.” Click here to watch it and learn from the latest trend-setters in the field.

Learn How We Can Help You Innovate

Here at VendorPanel, we’re always looking for ways to help our partners improve their existing processes. One example of that saw our client DET Victoria recognised for PASA’s “Procurement Innovation of the Year 2021”.

Contact us today to learn how our solutions can help you support future innovation, get rid of the administrivia, and do things differently. 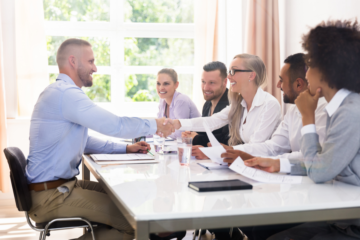 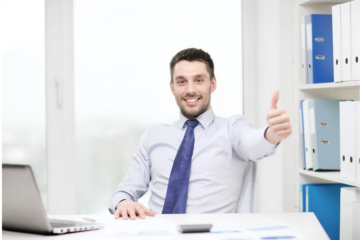 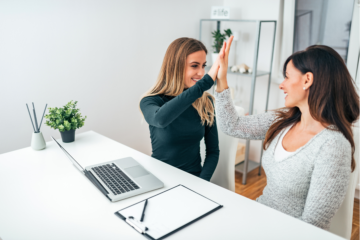 How to Measure the Success of Digital Change in Procurement

Wondering what metrics to track when digitising your procurement process? Here’s how…

Select country you want to register for