Now and next for procurement

Procurement must ready itself for an increasing reliance on technology and the opportunities it offers. Organisations that hire the right talent with future-facing skill sets will be best-prepared to minimise disruption.

The Economist Intelligence Unit (EIU) has released What’s now and next for Finance and Procurement, a report focusing on trends in automation, digitisation and the impacts of trade. This article dives into key insights of the report and unpacks some of the mysteries surrounding these trends.

By 2021 it is predicted that robotic automation technology will produce the same amount of work as 4.3 million people. While automation is expected to reduce headcount across many industries, this is not the only lens through which to view this trend.

Automation offers a chance to systemise processes and create efficiencies, presenting an opportunity to replace tactical, repetitive tasks rather than people. Procurement software solutions, for example, can automate and improve the speed of end-to-end sourcing, freeing up practitioners to focus on value-adding initiatives such as supplier relationship management or nurturing innovation. Thirty-four per cent of EIU’s respondents expect automation to free up their time to focus on strategic objectives.

According to 21 percent of respondents, digital transformation of internal systems and processes will have the greatest impact on organisations.

How does that differ from automation? In an article exploring the difference, Gartner describes automation as improving what is already being done, while digitisation creates and delivers new value to customers.

Digitisation provides an opportunity for procurement to evolve in step with the rise of ubiquitous computing. Essentially, the best technologies are so intuitive, user-friendly and seamless that they improve a user’s experience even while the user is unaware the technology is doing so; an example being electronic stability control (ESC) in a vehicle.

“Guided buying”, or the Amazon model of procurement, seeks to attain this goal. Smart procurement software will invisibly guide end-users in their purchasing decisions along the whole length of the spend tail (the significant chunk of spend that sits below the tender threshold). This doesn’t mean, however, that procurement will digitise itself out of a job – again, automating these day-to-day tasks will free procurement up to focus on valuable objectives such as developing strategic relationships.

The EIU reckons that US-China trade tension ranks number one in terms of potential to increase procurement costs, followed by Brexit and climate change. Concern about these disruption forces demonstrates how global politics can impact a supply chain.

In March 2019 the Chartered Institute of Procurement & Supply (CIPS) revealed the following statics on forecast impacts of delays at the UK/EU border:

Thirty-eight percent of the UK’s European business partners have already switched suppliers as a result of Brexit, up from 18 per cent in October 2018.

People: Preparing for automation and getting the most out of digitisation requires more than simply increasing the technology budget. Hiring the right people with future-facing skill sets is paramount, but keep in mind that not all technological challenges require an outsourced response. Review your existing team for hidden technology skill sets.

Organisations can start their transformation journey by reviewing current procurement processes and streamlining them – often with the help of procurement software – to be as efficient as possible.

Don’t wait: Procurement functions around the globe have launched digital transformations and are sitting at differing points on the maturity curve. Those with the confidence to begin this transformation earlier than others will increasingly gain competitive advantage as their improvements come online.

Transformation can be executed at any level in the organisation and can even begin with an individual streamlining their own work processes. The key is to embrace the benefits of disruptive change and foster a resilient mindset to be able to pivot in response to new technologies or trade dynamics. 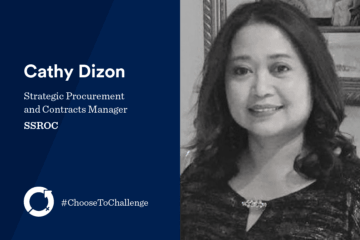 Be a good listener and observer, while being adoptive and assertive with your… 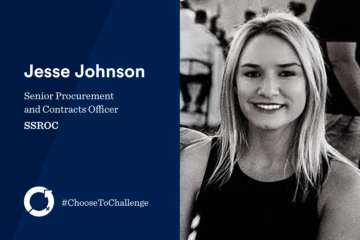 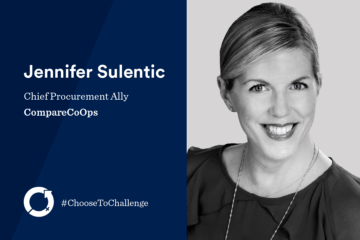 Jennifer Sulentic has over 10 years of experience advising SLED purchasing…