Yesterday, VendorPanel’s Matt Clyne hosted a webinar on this topic to discuss digital ecosystems with John Deeb (Workato), Peter Mifsud (Local Buy), and Rob Phillpot (ex-Aconex). Between them, they have years of experience of technology ecosystems, integration tools and strategies and complex procurement.

There were five clear takeaways for anyone thinking of how their procurement tools will need to evolve in the coming years. But before continuing, it’s worth summarising what an ecosystem might look like for a typical procurement function.

Firstly, an organisation’s core procurement system (or systems) act as the “hub”, integrated with “spoke” systems. The spokes might involve:

Other spokes in the ecosystem enable procurement analytics, including supplier performance and buyer behaviour.

In contrast to a single system packed with features a procurement team may never use, an ecosystem should only contain best-in-breed solutions based on real needs. A less mature procurement function may only require compliance and finance spokes, while a more mature function could add sophisticated supplier intelligence and analytics capabilities.

Here are the top five insights from the discussion.

According to Gartner, the days of end-to-end procure-to-pay suites are coming to an end. In 2019, 41% of Magic Quadrant respondents were already using more than one solution for their P2P processes.

Analysts agree that we’re not talking about a distant-future trend. “Procurement ecosystems have arrived, and are alive and well in Australian organisations right now”, says Matt Clyne. “We’re witnessing a transition away from one system doing everything for organisations and moving towards a series of connected best-of-breed systems”.

This trend became apparent to Peter Mifsud when Local Buy was tasked with coming up with a unified procurement technical solution for 77 Queensland councils.

“We were asked to go and find a single system; one solid provider that could support all of Queensland with end-to-end functionality. It was a big ask, and we worked out pretty quickly when we spoke to Councils that we were already in an ecosystem. We adjusted our approach to integrate into an agile, flexible, ecosystem.”

Reaching out to like-minded partners and working in a modular fashion, Peter’s team built an ecosystem that meant buyers across Queensland councils had data intelligence at their fingertips ranging from financial flags on suppliers, indigenous and other social procurement information, risk positions, and more.

“That was our journey”, says Peter. “We didn’t start that way – we were looking for a single system, but rapidly discovered it wasn’t going to get us where we needed to go”.

Integration is much easier than it used to be

Ten to twenty years ago, integration was not a positive word. Workato’s John Deeb says the integration experience used to be so bad that companies would opt for less capability if they didn’t have to integrate.

“Integration came with big challenges”, he says. “Business units – including procurement – had to depend on a group of developers in the IT team, which immediately created a bottleneck every time an integration was required. If you need a coder in order to get things done, that’s hopeless. Integration always became a bad experience for business users as they implemented their systems.”

Since then, integration between software solutions has been recognised by analysts like Forrester as “a cornerstone of the evolution required to support digital transformation”.

“Integration has become easier, simpler, and more pervasive”, says John. “Workato, for example, is based around the idea of low code. The complexity of integrations and automation has been reduced to the point where the business user can own and manage the integration experience without the need for the IT team to get involved. That’s the goal of low-code systems.”

Rob Phillpot agrees. “When we started [Aconex] in 2001, integrations weren’t even close to being as easy as they are today. They were few and far between, and very cumbersome. The ecosystem concept in the construction industry has been extremely slow to take off, but today we’re at the pivot point – a niche technology ecosystem has emerged, made possible by end-to-end integrations and an enormous mindset shift. Now, people can build an ecosystem with best-in-breed, integrated tools that each service a particular function inside a workflow. The days of having one tool that does everything (not particularly well) are over.”

Find a balance between a single system and having too many

It’s not uncommon for stakeholders to baulk at the idea of an ecosystem because they’re concerned that it will add more and more tools to the organisation. The answer is to find a balance between having too many systems and a single system crammed with tools that do not meet users’ needs.

Rob recommends following the Goldilocks principle. “You don’t want one system. Nor do you want one or two hundred”, he says. “For me, an ideal ecosystem contains somewhere in the order of 10 to 20 elements; not too big, not too small; integrated and manageable.”

It’s also important to have a navigation layer that helps users get where they need to go within the ecosystem without guesswork or bookmarks. The interface should be customisable and relevant to every unique user.

“It’s not a matter of just bolting on new systems as you go”, says Peter. “Step back and look at the functionality you need, and the strategy to get there. Find core partners and make sure their solutions can integrate with your ecosystem to meet that strategy.”

If your organisation has an existing ERP and the procurement team has been instructed to use that, it’s worth asking if it’s actually giving you what you need. Does it allow you to do your job properly? If not, it’s worth exploring the idea of integrating a best-in-breed solution into your ecosystem.

Procurement professionals are highly experienced at conducting due diligence on vendors and potential technology partners. Today, this diligence must extend to integration potential.

“The willingness of software vendors to truly partner and integrate varies”, says Rob. “It comes down to an individual assessment; getting to know the vendors and discovering how they’ve worked with others. Talk to people who have tried integrations with these companies in the past, and find out if they’ve met with resistance”.

Peter says due diligence should involve understanding the philosophy of the company you are looking to partner with. “What’s their core functionality, and what are they integrating? If you have to work hard at the integration; if you feel you have to force it, you should ask yourself if the potential partner is serious about integrating. The mindset should be one of openness, connectivity, and integration.”

Read about VendorPanel’s integration strategy here, or get in touch to be kept up to date on future webinars and demos on this topic. 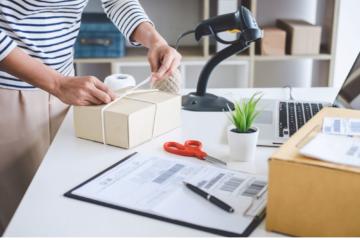 Looking for a way for your agency to procure from reliable, local SMEs while still… 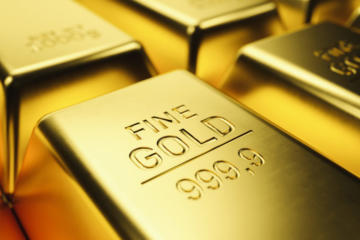 Unearthing the Gold in Decentralised Sourcing

While mining companies spend time and effort on procurement for high-cost projects,… 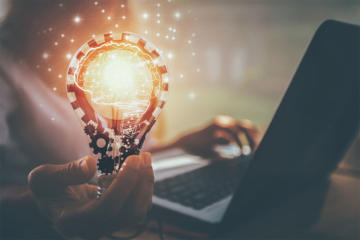 Don’t waste time and resources with outdated processes. Be THAT team member and…